Fascinating Facts Of Orange County In The Beautiful Hudson Valley

Fascinating Facts Of Orange County In The Beautiful Hudson Valley

Orange County
8 counties in the United States share the name Orange. New York's was the first. It was named after William III of Orange who became the King of England, Scotland and Ireland in 1689. Orange is one of the oldest counties in New York State, and the only one located between two rivers, the Hudson and the Delaware. 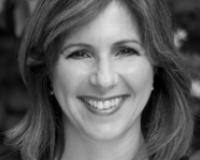 In today’s world, our relationships are very important so much so that The Right Relationships can make all the difference. This year marks my 20th year in Real Estate. In that time, I’ve happ....

Want to Advertise on this Site?

I don't know about you, but my flower beds need a thorough de-weeding! Because of my dogs, though, I don't want to use chemicals to accomplish the task. So, here are some other ways to keep the

Great article attached regarding "swaps" to make to reduce plastic waste in our everyday lives. And, please be gentle with our watery natural resources (rivers, lakes, oceans, etc.) The number of

Hiking The Appalachian Trail Near Nyack

There are a lot of ways to spend a nice day around the Hudson Valley, and hiking parts of the Appalachian Trail is one of them.  Here's a quick link to a great article in Hudson Valley Magazine

With the crazy, hot, swampy weather we've had recently, and the projected stormy weather that will chase it away, the following update just arrived from Clarkstown. Due to the inclement weather

By registering, you agree to our terms of use and that real estate professionals and lenders may call/text you about your inquiry, which may involve use of automated means and prerecorded/artificial voices. You don't need to consent as a condition of buying any property, goods or services. Messages/data rates may apply.