It's not for everyone, but what's more expected on St. Patrick’s Day than a delicious feast of corned beef and cabbage? The tradition and popularity of this meal is thanks to waves of Irish immigrants, many of whom left the Emerald Isle during the Great Famine between 1845 and 1852, ending up in the US. They brought with them a variety of dishes from their native country that have been adapted and changed over the years.

One popular Irish dish called “Bacon and Cabbage” included cabbage, potatoes, and Irish bacon, a cured loin cut of pork. Pork was the preferred meat because it was cheap in Ireland. But in the United States, pork was very expensive, so it was swapped out for the much cheaper corned beef, which was similarly cured, but more aggressively spiced. The rest is history.

“Corning” the beef is a long (at least ten-day) process involving brining, but, these days, buying corned beef already packaged and sealed in its brine is much more convenient.

Break Out The Slow Cooker

By far the best way to cook the packaged corned beef is in your slow cooker. A decent sized brisket of about five pounds will generally fit in a 6 quart unit. If you prefer the rounds, you can usually get two of them to fit in a large slow cooker. Each 2-5lb. package of corned beef, when cooked and trimmed, will serve 4-6 people. But you’ll want to make extra, for hash and sandwiches.

If your corned beef doesn’t come with a spice packet, you should buy or make up a batch of what is known as “pickling spice.” It includes broken cinnamon sticks, coriander seeds, black peppercorns, allspice berries, dill seeds, cloves, mustard seeds, fennel seeds, dried ginger, crushed bay leaves, as well as red pepper flakes, which you can add during the slow cooking process.

I found this wonderful recipe:

2-5 lbs of corned beef in brine, flat cut or round, or any combination. *Do not discard brine.
Water to cover
Pickling Spice (1 tablespoon per package of meat)
4-5 large carrots, peeled and cut into large (4”) pieces
1 large rutabaga, peeled and cut into large cubes
2 pounds potatoes of your choice. Red skinned, new, or fingerling. Cut into large cubes or left whole with skins on if they are small and clean.
1 large head green cabbage, cut in wedges, leaving the core to hold the leaves together.

To make the corned beef, open the sealed package right over the slow cooker, because you want to include the brine in the cooking liquid. Don’t discard the brine. Place the meat into the cooker and add enough cold water to cover. Add the pickling spices, cover, and cook on high for 6–8 hours.  Cooking time depends on the size of the cut, as well as how you like it cooked.  The perfect corned beef is tender enough to slice, but without totally “chipping” and falling apart (falling apart is terrific for corned beef hash, but if you’re having guests, slices that hold together are a bit more appetizing).  Test the meat with a fork, or cut a small piece and taste for tenderness. When the fork goes in without much resistance, you’re about there.

When the meat is almost done, and you are about an hour from dinner, ladle out most of the cooking liquid and place in a large, heavy bottomed cooking pot.  Add the cut potatoes, carrots and rutabaga. Start the root vegetables first, and then add the cabbage, which only needs to cook for 15-20 minutes to desired tenderness.

Slice the corned beef against the grain and serve with the vegetables, cabbage and a generous slice of warm, buttered Irish Soda Bread. 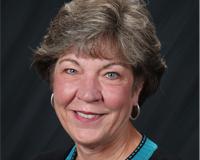 I am a Licensed Real Estate Associate Broker and work full time helping people to achieve their dreams of home ownership or their dreams of selling their home or both. I love working with buyers and s....

Want to Advertise on this Site?

I don't know about you, but the mere thought of being in a corn maze gives me an anxiety attack! But, for those who are interested, there are a couple mazes within an hour drive of Nyack. They are:

Fall is my favorite season in Nyack and everywhere else. The cool, crisp air and the fresh apples have always been the best parts of the season for me. And, now I've learned how to make my own Apple

August Holidays You Probably Did Not Know About

It seems there's a new holiday every time I turn around! There are some interesting ones in the month of August and I thought you'd like to know about them. My favorite? Probably the "Just Because"

I don't know about you, but my flower beds need a thorough de-weeding! Because of my dogs, though, I don't want to use chemicals to accomplish the task. So, here are some other ways to keep the

By registering, you agree to our terms of use and that real estate professionals and lenders may call/text you about your inquiry, which may involve use of automated means and prerecorded/artificial voices. You don't need to consent as a condition of buying any property, goods or services. Messages/data rates may apply.